Acknowledgements
1.      Italy
Walter Cerrato – representing the IWF Masters Committee in many meetings with the WMG Organisation, setting up the championship venue, and having so many friends who worked throughout the week to make a great championship.
Alessandro Crema, Maykol Crema, and Beatrice Sgarbossa – for providing web, streaming, Facebook, camera and electronics. Maykol also accompanied David Meltzer on his violin whilst David sang the Italian anthem.
The 8 young loaders from Walter’s gym who worked tirelessly for the entire competition.
Diego Cudia and Gabriella Melfa controlling the medals.
Susana Perrone – supporting Walter and known by all.
Luigi Zurla – transporting and loaning equipment for the training area.
Valerio Bia – at the “Committee hotel” AT 6.30 am each morning to taxi our weigh-in teams to the venue for all early 7 am weigh-ins.
Claudio Gorgerino – the only IWF Referee representing Italy and officiating many sessions.
Beppe Molinar – Fitness Equipment Centre – when there were problems with the stage he was able to make supports to solve the problems and enable the championship to run continuously to the end.
Silvano Traisci and Gian Nicola Grosso of MSP ITALIA, the National Federation of Sports recognised by Olympic Committee of Italy, for supporting the championship and Italian Masters.
Emanuel  Pacera and family – they served food and drinks at the venue all 10 days of the championship and gave us the best ever Closing Banquet.
Veronica Pacera (cousin of Emanuel) helped at the venue at the start (first few days) and at the end.

My personal thanks to all the above members of the IWF Masters Committee for their tireless effort from early morning until late evening to ensure the championship ran smoothly and on time. With 47 sessions of weightlifting over 10 days it was a very difficult championship but every session started on time in accordance with the Competition Schedule. I feel honoured and proud to be General Secretary of such a hardworking and dedicated team that enabled this 2013 WMG Torino to function so smoothly and virtually free of problems.
I must mention the medical team because the care of athletes who may be injured on the platform is of prime importance to all Masters and this is Mark Lavallee’s prime objective also. Mark is moving away from Chicago to a completely new medical centre and I know you will all support me in wishing Mark continued success in his career. He has promised he will be with us at our championships for as long as he receives funding in his medical budget. Good luck Mark and family.
Our two Doping Control Officers from the Moscow NADA worked hard and inconspicuously to conduct the required number of dope tests at this big championship and we offer our grateful thanks. Within 8 days from the end of the championship the very efficient Moscow laboratory produced all the results.

3.      Volunteers
Thank you all those lifters who not only paid the WMG registration fee to compete but also gave your time to referee and/or officiate in some way. Many of you came prepared to referee and without your help the IWF Masters would have been hard pressed to make a successful championship.
Thank you David Meltzer for always making yourself available to sing the national anthems in all those languages at all our opening ceremonies.
Thank you everyone.

The championship
·         There were many problems to overcome leading up to the WMG including finance of the championship and the Italian Federation which not only refused to help or be involved in the WMG but also instructed all clubs not to loan equipment for the Games on threat of suspension.
·         Laying all the difficulties to one side, we did it !
·         A record entry of 588 competitors.
A record entry for women with 127 competitors.
A record number of participating nations – 47.
A record number of weightlifting sessions – 47.
·         A special mention for the women who set such high standards for Masters Women’s Weightlifting. It was probably the best since women’s weightlifting started in the Masters and it was obviously appreciated by the audience filling the venue during their sessions.
·         Walter Cerrato set the stage and venue up really well and his team of helpers gave the championship great support.
·         The officials were there for the start of all weigh-ins even though the venue was some distance from all hotels and the Competition Schedule held up without criticism and every session started on time.
·         Two medals were given for the first three in all body weight categories within all age groups, this was also for the first time in any WMG.
·         Many WMG and World Masters records were broken and record certificates produced by the IWF Masters Committee upon request.
·         Some excellent lifting with some categories keenly contested until the final lift.
·         Weightlifting was the only sport from 31 different sports in the 2013 WMG Torino that had its own opening ceremony and also a medal ceremony with flags and anthems.
·         Three Hall of Fame ceremonies were also done at appropriate times within the Competition Schedule.
·         The Closing Banquet was the noisiest, funniest, friendliest, and happiest Closing Banquet in the history of Masters weightlifting.
·         The entire championship was streamed to the internet to YOUTUBE and FACEBOOK thanks to the trio of volunteers determined to make this happen. They did make it happen and in doing so could very well enhance the reputation of the IWF Masters Committee as a team who run very successful championships even when it is necessary to overcome adversity.

Conclusion
It is not my intention to summarise all the sessions of weightlifting as the entire event is now on YouTube (thanks to Alessandro, Maykol, and Beatrice) and you can view any or all sessions whenever you wish. The many WMG records and World Masters records set at this championship bears testament to a very high standard of Masters weightlifting.
In my opinion the weightlifting in this WMG was a huge success made successful by all the volunteers, officials, and almost 600 Masters weightlifters who travelled from 47 different countries. My thanks to everyone involved. 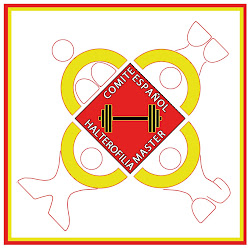 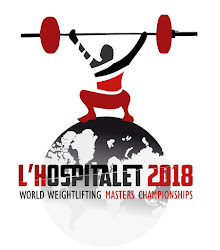 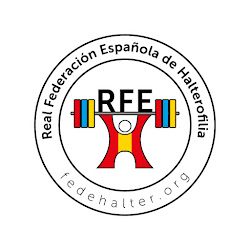